Forum rules
While we welcome the re-posting of news items, we ask that all original items are credited & linked back to us.
Post Reply
5 posts • Page 1 of 1

What's going on with Sum 41 these days? Deryck was kind enough to answer a few questions for us. Hope you like it.

DOES THIS LOOK INFECTED?

You announced an anniversary tour for Does This Look Infected?, starting in a month. This is the second time you’ll celebrate the album by playing the record front to back. What makes this album so special to you, after all these years?

Well it’s not that it’s special to me really. In fact there’s a lot I don’t like about it. Mostly to do with sound though. But it seems to be special to the fans so that’s really what’s important. Not what I think could’ve have been better sonically.

Getting the chance to hear No Brains as a five-piece is a dream come true for all the superfans. Any plans to bring the tour to Europe this time around?

We would’ve loved to have taken this all over the world but also have to make a new record at the same time. So maybe on another anniversary we can take it to other countries.

Have you considered any anniversary tours for any other albums? Underclass Hero had its 10th birthday last year, while Chuck is turning 15 next year. ;)

We don’t really think about the anniversaries too much. They just sort of happen without us realizing until fans start mentioning it.

You released two great videos taking us through the tracks of Walking Disaster and Underclass Hero with such great in-depth details. Will there be any more songs covered in the future (from Underclass or other albums)?

Yes. They take a bit of time to do. But I would like to keep doing more from all the albums.

I feel great about it. It was the best I could’ve done coming out of the hospital and everything that I was going through. I don’t read any reviews ever, but from what I hear and saw from the crowd it did very well.

You announced that the writing process for the new album has officially started. How far are you at the process? Do you already know in which direction the next album will take us? Any working titles you’d like to share?

All still too early to say much. I have a lot of ideas that I’m going through right now. I can say that it will definitely be a rock album. As you probably know I hate pop music and have no plans trying to “fit in” with whatever is being played on radio right now. It’s safe to say it will be a continuation of where we’re at right now. Heavy stuff, fast stuff. And probably a couple mellow things as well. But all rock music.

On your Sumback tour last year, the show in Paris was recorded for a DVD. You’ve told us that it would be a part of a documentary release. Can you tell us anything about that project? When would we expect to get our hands on it?

That is something that is in the works. Again it’s not always up to us and there are powers that be involved. But I can tell you we’re trying to make something more like a documentary rather than just a Live Show Dvd. And I hope it all works out.

Three years ago you performed at the APMAs with DMC, and there were talks of recording a song together. Has there been any progress with that project?

We have some music recorded already. It’s not finished and we’ve had trouble with our schedules. But hopefully it can come out some day.

Recording and a little bit of touring. 2019 will be the big year!

This interview was made in collaboration with Sum 41 France.
Sum 41 Finland
Top 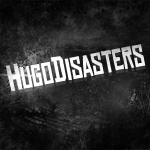 I'm very happy to see an interview from Deryck posted here!
It's awesome that he seems particularly enthusiastic about keeping to do track-by-track videos. It brings new life and depth to the songs we have listened to the past decade.

And best of all, we hear 2019 is going to be a big year. That's way SOONer than never!(pun intended)

More track-by-track videos, a new album already in the works, AND a project that is aimed to be a documentary rather than the typical DVD of a live show. All very great to hear, I'm really looking forward to what Sum 41 brings to us in the future!
Top

Some days it just gets so hard
And I don’t wanna slip away.
Top 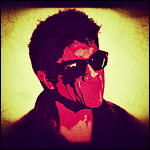