What should thier next single be

What should thier next single be

I ruled out the 2 singles and we have an emergancy....

Something Corporate wrote: I still cant get into the PD media sec

Working on your request makes me a PD? I can't believe how small a man can be.

"The missing part of me that grows around me like a cage..."

NoReason27 is my mastah.
Kano and Still Waiting are my official n00bs. Mess with them and before you know it you'll be working in Nickelodeon 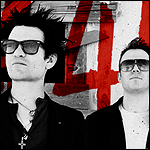 A song from their new album....if they make one. ^Well considering that they're in the process of making a new one...

new kill, best song from the album. but if hey were going to do anything it would be photo sexual. but theyre not going to do anything...besides make a new album.
http://searchwithsum41.prodege.com/?cmd ... &rb=143979
go there and sign up and win cool shit.
Top 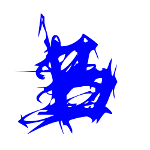 I would like it to be Obvious but Someone Like You is already the quiet song single from the album, so New Kill could be cool.
Top Return to “The Operation M.D.”