thanks to cone for his time answering our questions. hope you'll enjoy!

Let's talk about you, what have you been doing since the last show played with Sum 41 ?
I have a produced a few albums for other bands and worked on Operation MD a bit and been writing music as well. Always trying to keep busy with music somehow. Oh ya and I also had a baby Boy in Dec!

Some say Frank Zummo could be the new drummer ? Can you confirm this ? What do you think about it ?
Tom or I haven't met Frank yet. The only thing I know is that Deryck has been jamming with him a bit.

Not trying to give false hopes, but is there any chance for a tour this year ? Maybe a european tour ?
We are talking about doing some shows later this year. Not sure where the tour will be but hopefully that will come together. We also want to try and record a new album this year as well.

We're sure you've heard some demos of the new songs Deryck made for the new album. How does it sound according to you?
I actually haven't heard too many. The ones I have heard sound really good. I'd say somewhere in the same vein as "Chuck" or "SBM" would be the most accurate comparison for the songs Ive heard. Heavier side of Sum 41. Tom and I are gonna go down to LA soon and work on stuff with Deryck so we will hear more stuff then as well.

How would you describe the direction Sum 41 is taking for the future ?
Will your or Tom be songwriter for the new album (as Tom was for the song SBM, or you with we're the same)"
I think anything is possible for writing, Deryck has always been the primary song writer but that doesn't mean any of us couldn't contribute to writing if we came up with something cool and it worked with the rest of the album.

About The operation MD

How did came the idea of putting out The Operation MD's songs separetely during the year ? Will you use the album format again later ?
There are no plans as of now to record another full Operation MD album. Todd and I had 3 songs kicking around that we both really liked so we decided to release them and thought releasing 1 song every 6 months was a cool way of doing it.

What happened to that song Deryck sang on?
I don't remember an Operation MD that Deryck sang on…….????? He mixed "Sick + Twisted"

How will you work on both Sum 41 and Operation MD knowing that Todd is supposedly going to be quite busy on The Offspring, as well as you with Sum 41?
In Operation MD we've never toured, only played a few shows so Sum 41 and Offspring will be our main focus and if there's time and we both really want to do it we'll hopefully be able to play some more shows. Would be really fun! The other 2 songs we'll be releasing are both already recorded. Just have to Mix and Master them. "Shake You Cage" the first song is out now.

Will your dad situation have an influence on your career?
I think being a Dad will have an influence on my whole life just not my career. So far being a Dad is the best thing ever and really gives your life a new purpose in a positive way. Will that make me not want to play music and work on music as much? No. I will always be doing music. I can't wait till get back on tour with Sum 41. I've really missed playing.

What songs are you listening to these days?
There's a few bands I've started listening to lately and been really into. "The War On Drugs", "Cousins" and "Middle Brother" are 3 bands I'm really into right now. Also, 2 bands from Toronto as well "Jeff Beadle" and "Sun K" (who I just produced an album for) are really awesome 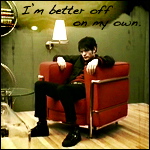 thanks for this.
Top

Thanks for sharing! It's good to hear some news in the Sum 41 camp, especially in relation to touring again. Let's hope it can work out as the album process continues. Awesome Interview! I really like the interviews Sum 41-France does with the band!
Such a great French fan-community!
Top
Post Reply
5 posts • Page 1 of 1